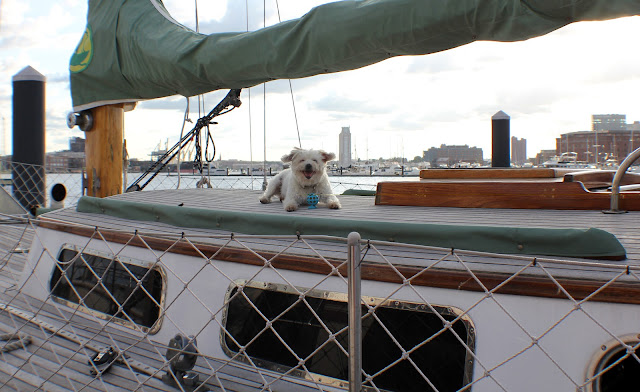 No matter where we go, or what we do, Chopper just continues to smile. He's the most easy going, happy dog I've ever met.

Living in such close quarters with a dog and a cat takes some practice. I mean how many times  week do we say "oh I'm sorry Buddy, I didn't mean to kick you in the face..."? Way too many. Yet Chopper takes it all in stride and smiles and twinkles and shakes his ears and goes on being happy.

Billy however is a different story. He is not happy being told what to do, and he is extra unhappy if he can't do as he pleases. His independence coupled with his sweetness makes him a handful. 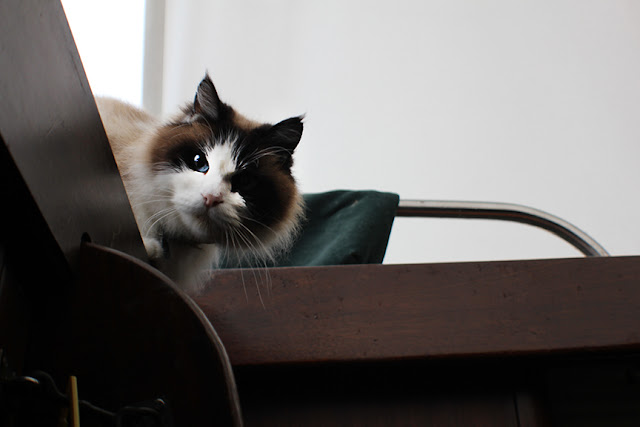 Living in the Inner Harbor is hard on Billy. He's used to running down the dock and getting his feet in some grass, but here there is nothing. Boats, boats and more boats. I bring him grass from the park Chopper and I go to, and the way he smells and savors each blade is almost heartbreaking. I keep telling him that its only one more month in this hell hole, and he tells me to "go to hell". 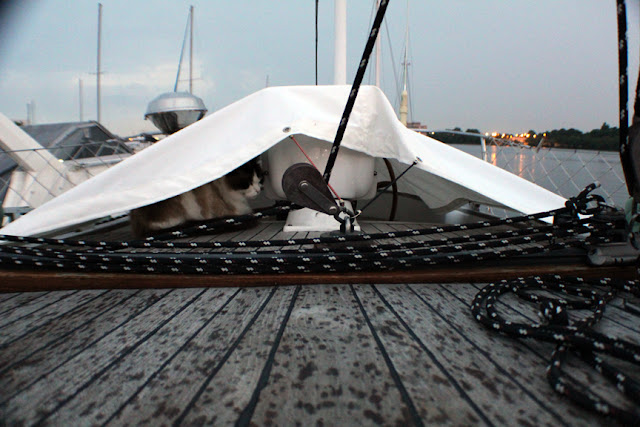 Yesterday however, he did the thing that he can't do, he went on another boat. It was a new boat that docked right next to us (evidently Columbus Day is a major holiday around here) and as we were sitting in the cockpit Travis gasps and points behind me. And there was Billy, on the deck of this power cruiser, curiously peeking into an open hatch.

"NO! Billy NO!" I was saying in my most baritone of voices. (Baritone signals that I'm very very serious)

"NO! Billy  NO!" We have heard way too many stories of cats who went into neighboring boats, startled sleeping boaters and got thrown into the water, or slammed against a bulkhead (wall).

The third "no Billy no!" sunk in and he made his way down to the dock and back to Me Voy.

Upon arrival, Travis wanted to wring his neck him and I contemplated locking him in for the rest of the night. But, if there is one thing that Billy taught us is that truly you catch more bees with honey.
Screaming at him would only make him want to run away, and not listen to anything we had to say. Fear and force would not teach him to leave other boats alone. Had I locked him in that night I'm sure he would run toward the next boat he saw despite any "no's" that I may be yelling. No, Billy has to learn thru love. He has to came back because he wants to. Will he never get on another boat? I don't know, but I hope that somewhere in his pea brain he will connect that doing so is very very bad (said in a baritone) and that will be enough to stop him.
Posted by Travis and Maggie at 12:20 PM 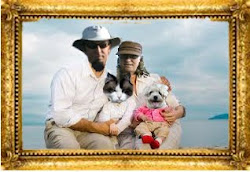